Today I am working on Salary Increase Benefits after December Annual Increment. So, the employees do not know about the rules of annual increment. Therefore, the government employees can not apply on any issue.

However, I’m going to go into depth here about the workers. So, the employees who will lose out on the salary increase in December 2022 because of the annual increment.

In 2022, almost every employee will receive an annual raise. Some employees, however, will not receive the advantages of the Annual Increment 2022. They are as follows: 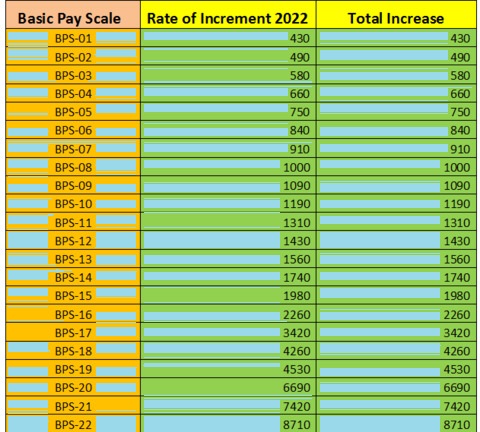 Employees listed below will not get the annual raise for 2022, which will become effective on December 1, 2022:

Let’s now elaborate on each factor in depth.

The employee is not qualified for the annual raise in 2022 if he or she accepts an appointment and begins working on June 1 (afternoon). The cause is that, as of December 1, 2022, he or she did not have six months of service under their belt.

Employees who left their jobs prior to December 1, 2022

Employees who retired on or before November 30, 2022, will not get the 2022 yearly raise. However, if they resigned on or after June 1, 2022, they would receive the Usual Increment. His or her basic pay will include this normal rise exclusively for pension and gratuity purposes. However, we have already covered in great detail regarding the distinction between the annual increase and the regular increment for employees.

Employees who were promoted this year and began working in their higher positions after June 1st 2022 will not receive the 2022 annual raise. They can, however, choose to fix their pay in their new wage after claiming a yearly raise in 2022 from their prior pay standards.

The annual raise for 2022 will not be given to employees who received senior pay scales after June 1, 2022. Giving drivers and dispatch riders senior pay tiers is one action taken by these workers.

One annual increment was stopped because of disciplinary cases.

Due to disciplinary actions, the department may occasionally withhold the employees’ annual raises. Employees who encountered this situation this year won’t receive an annual raise in 2022 either.

Employees of the government who were regularized by the department after June 1, 2022, will not be eligible for the annual raise for 2022 unless they have been covered by pay protection since their date of hire or earlier. Examples of these workers are Punjabi educators. Educators who were regularised by the government after the first of June in the past never received such yearly raises.

The Federal, Punjab, KPK, Balochistan, and Sindh provinces, as well as all of Pakistan, will see salary increases from the Pakistani government. I’m giving you a 2022 annual increment chart based on the rise in pay.

As is well known, the PML-N government presented the budget for 2022–2023 in which it announced new pay scales for 2022 as well as a 15% salary increase for all government employees in Pakistan. After the Pay Scales were changed, the December increment was also modified.

We are all aware that the Federal Government has published the new basic pay scales for 2022, which were created by combining the ad hoc relief allowances for the years 2016, 2017, 2018, 2019, and 2021. Every December, the annual increment is automatically applied to the base pay, and government personnel might get a new income in January.

When pay scales are revised, the annual increment also changes; otherwise, there has been no change since the previous year. Ad hoc Relief Allowance on Basic Pay Scales-17 has been increased by 15% for the Federal Government, all Provinces, and all States.