However, in contrast to fiat currencies, which are issued and regulated by a central authority. Similarly, the cryptocurrencies use a decentralized process to track transactions and create new units.

What is Crypto means & How Cryptocurrency Works 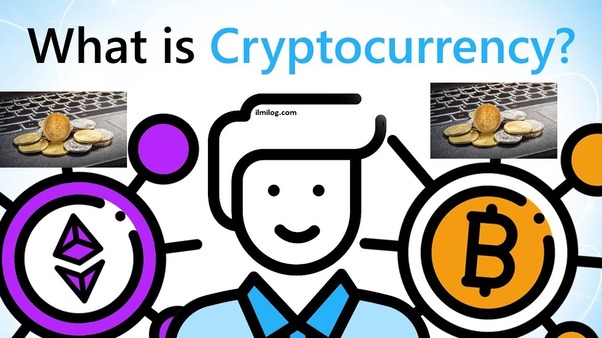 In addition, a cryptocurrency is a string of encrypted data used to represent a unit of money. So, a peer-to-peer network called a blockchain, which also functions as a secure ledger of transactions, such as buying, selling, and transferring, is in charge of organizing and managing it. Cryptocurrencies, in contrast to physical money, are decentralized, which implies that neither governments nor other financial organizations issue them.

By a process known as mining, where a network of computers or specialized hardware. Such as application-specific integrated circuits (ASICs), verify and validate the transactions. So, the network owners have created crypto as (safeguarded) through cryptographic algorithms. Therefore, the procedure rewards the cryptocurrency miners who power the network.

Cryptography is used to safeguard the procedures involved in creating units, carrying out transactions, and confirming the transfer of ownership in cryptocurrency, a digital form of money.

In other words, Fiat currency, which is controlled and created by the government, is the term used to describe the majority of modern money. A prime example of a fiat currency is the US dollar. In contrast, no government entity issues cryptocurrencies. It often uses a distributed consensus technique rather than being directly administered by a single authority.

The words “cryptography” and “currency” are combined to form the term “cryptocurrency.” A complex encryption-based cryptographic method is at the core of all cryptocurrencies. The process of creating cryptocurrency involves solving a long chain of cryptographic hashing algorithms. It is a mathematical calculation rather than a tangible object like a coin or a dollar bill. Digital wallets that track cryptocurrencies are frequently used to store bitcoin assets.

Therefore, a global ledger that is decentralized and dispersed keeps track of all cryptocurrency transactions. The distributed ledger in the case of the well-known cryptocurrency Bitcoin is what is referred to as a blockchain, which is a computerized system that records blocks with cryptographic hashes. 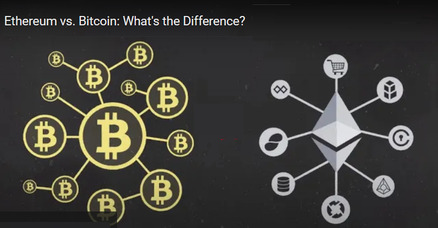 A leading innovator in the field and a general-purpose cryptocurrency is Bitcoin. In order to trade anonymous, highly encrypted hash codes across a peer-to-peer network, Bitcoin uses the blockchain technology. Satoshi Nakamoto, whose true identity has never been made public, created it.

Market capitalization guessed at $883 billion US

In recent years, Ethereum has emerged as Bitcoin’s main cryptocurrency rival. Using an open source, distributed blockchain and smart contracts via Ethereum’s Solidity programming language, it added a number of features that were not included in Bitcoin. Ether is the name of the coin that Ethereum produced. Ethereum switched from using a proof of work (PoW) model for a consensus algorithm to a proof of stake (PoS) method for transaction execution and validation in September 2022. The “Merge” event marked the transition from PoW to PoS. Activities on the older, PoW-based Ethereum Mainnet blockchain were combined with those on the more recent PoS-based Beacon chain.

The switch to PoS is intended to improve transaction performance while using fewer resources for transaction execution and validation.

Vitalik Buterin and Gavin Wood are the authors.

A parody of the Doge internet craze, known as Dogecoin or just Doge, was developed. Before Elon Musk, the CEO of Tesla, and Mark Cuban, an investor, started promoting it in 2021, it was practically worthless.

Jackson Palmer and Billy Markus are the authors.

Litecoin first gained popularity as an early altcoin or Bitcoin substitute due to its use of the Scrypt hashing method, which supporters viewed as being simpler to maintain than the SHA-256 encryption employed by Bitcoin.

Charlie Lee was the creator.

The Stellar Consensus System, which was developed exclusively for Stellar, is a special protocol for settling transactions across a distributed ledger. Low-cost currency transfers make it simple to conduct transactions between any two currencies, which some businesses find appealing as a robust method of trade.

Jed McCaleb was the author.

Monero, a cryptocurrency that uses a public distributed ledger, received some unwelcome attention in 2018 and 2019 for being the coin of choice for cryptomining assaults. Attackers sought to install covert Monero miners on unaware victims’ computers since the cryptocurrency is more easily created through mining than Bitcoin.

Nicolas van Saberhagen was the author.

Where can I buy crypto Currency?

Above all, the majority of cryptocurrencies are produced using a procedure called crypto mining. High-performance GPU systems are utilized in crypto mining to decipher the cryptographic hash to produce a new block. There is a limited number of blocks that may be mined for each form of coin. Mining coins from an established cryptocurrency grows more complex and challenging over time. For instance, a common user with a GPU-powered computer may have been able to mine Bitcoin in 2010. So, Crypto mining is becoming more difficult as a result of today’s much more complex computer requirements.

Some cryptocurrencies’ developers will just give out coins in the beginning to encourage use. Dogecoin, for instance, was well known for giving users free coins.

A crypto exchange converts a specific cryptocurrency into cash or a fiat currency.

Use of Cryptocurrencies in Real Life:

Today, prominent financial organizations are paying attention to cryptocurrencies, and some people think it’s a good time to invest. So, there are a number of Exchange Traded Funds (ETFs) available for investors who don’t wish to directly purchase and hold cryptocurrencies, such as the Hashed Nasdaq Crypto Index ETF (HDEX.BH), which tracks a selection of cryptocurrencies.

However, many people believed that Bitcoin will eventually be able to be used to purchase commonplace products like pizza. Laszlo Hanyecz spent 10,000 bitcoins in 2010 to purchase a pizza from Papa John’s that cost $41. That much bitcoin would have been worth more than $380 million in 2021.

In recent years, Tesla and other major corporations have considered embracing Bitcoin. Major brands, on the other hand, frequently abandon the idea after a short while. It is difficult to use Bitcoin and other cryptocurrencies in a practical, day-to-day manner because to their inherent value instability.

El Salvador’s government became the first to recognise Bitcoin as a legal tender in 2021. As a result, taxpayers ought should be able to pay for taxes and other governmental services using Bitcoin.

In addition, Global governments did not have active taxation policies at the time cryptocurrencies first emerged. Governments have realized that there are tax revenues that can be collected as the value of cryptocurrencies has soared.

The Internal Revenue Service (IRS) of the United States released the first guidelines on how to manage cryptocurrencies for tax purposes in 2014. Cryptocurrencies are viewed by the IRS as assets that can be taxed, not as legal tender. It hasn’t always been obvious how gains should be reported, though.

The U.S. Congress requires brokers to record cryptocurrency transactions to the IRS. So, they have reported in accordance with the Infrastructure Investment and Jobs Act (H.R. 3684), much like other equities and financial trades. Similarly, the objective is to close any reporting gaps and give the IRS visibility into any possible capital gains that individuals may accrue from trading cryptocurrencies. Trading and profit opportunities have an impact on bitcoin traders.