Today I am sharing a post regarding 15pc DRA Disparity Reduction Allowance increase 2022. The Punjab and KPK provincial employees are hoping for this allowance. So, they are waiting till 15th March 2022.

However, The issue of an allowance in Khyber Pakhtunkhwa has been resolved. This made the employees of the province feel satisfied. But that’s the 15 percent disparity allowance that federal employees receive. It doesn’t matter. This is another allowance that these employees will get.

God willing, the protest of AGEGA KPK on January 26 brought color. So, The KPK govt has resolved an issue of seasonal allowance. The protest was attended by many employees in Peshawar and AGEGA leaders also faced an FIR. The target of 15% remains. Stay united and be prepared

In addition, the Justice Sohail Nasir said. The task is to alleviate the suffering of our citizens and not to aggravate their problems.

Asma Shehzadi, who was recruited as a clerk in the Pakistan Post after her husband’s death, had filed a petition in the Lahore High Court seeking her dismissal by the department for marrying her.

Inshallah very soon, the Punjab govt will ask for cases of SSTs for promotion headmaster and subject specialist by December 1, 2009 . So, they will make promotion call within 2 months, change in rules completed soon. Similarly, the govt will increase our promotion quota to 75%. According to our demand SS. And the headmaster cadre will be separated time scale. Promotion will be given to all teachers. At our request, promotions have been sought from regular SSTs up to 2000 as Headmaster and SS case.
Long live SST Association Punjab. 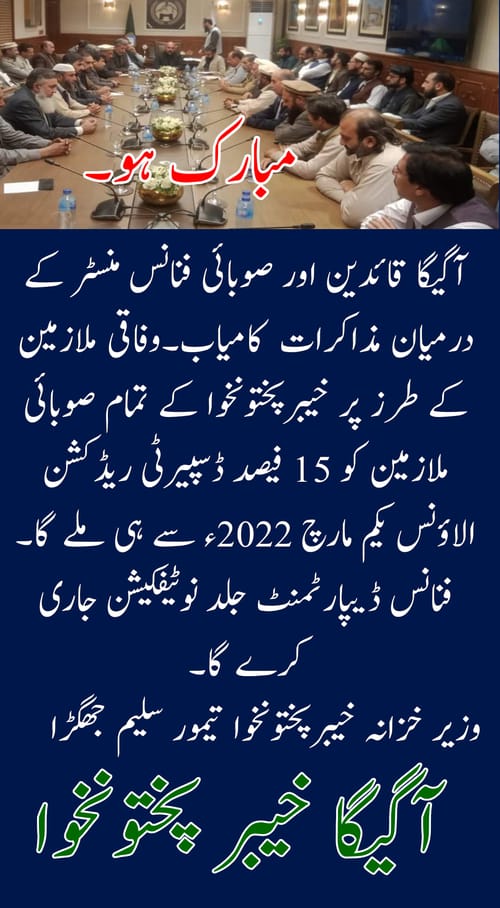