Hello viewers. Today is the 22nd day of February 2022 and it is Tuesday. I shall talk on the latest pay scale chart. So, as you know. That your salary has been increased by 15% on Running Basic Pay. The government has made many recommendations.
These proposals and recommendations also called for a 50% increase in grades 1 to 22 due to inflation. Similarly, Rehman Bajwa said that the life of a government employee has become unbearable.

Therefore, emphasis was laid on increasing the salaries of federal as well as provincial employees.
Viewers Emphasis was placed on the complete elimination of disparity. He also asked to increase the utility allowance of all employees by 25%. There was also talk of increasing house rent, medical and conventi on allowances. There was also talk of a special convention allowance for people with disabilities, grades 1 to 16.

You May Read: 10 June Federal Budget 2022 Salary and Pension Update

After that, ad hoc allowance was also suggested to be integrated in basic pay. Finally, Rehman Bajwa told the pensioners that we cannot forget them. The rest of you can download it from my website Alimelog.com. Visit now.
Viewers Your salary has been increased by 15% on Running Basic Pay. In which many recommendations have been made.
Now the government has announced an increase in running basic. But if there is no increase in running, then according to the 2017 Basic Basics, the increase from scale 1 to scale 22 will be what you see on the screen.
And if this increase is on the running basis, then you have this chart that you are looking at. It was released after the pay scale revision in 2017. It is still going on. Many ad hoc allowances are now included in your salary slip. Therefore, there is a strong possibility that the chart will be prepared accordingly. But your 15% disparity allowance increase will be according to the same 2017 pay chart. You can download this chart from my website Alimelog.com. Below is the link in the description.
It also plans to revise the new pay scale in collaboration with the Pay and Pension Commission and the Ministry of Finance. You will find it on my website soon. And there is a strong possibility that it will be announced in the budget itself.

Some employees have uploaded this new chart 2022. But this is not correct. I shall upload correct chart soon. 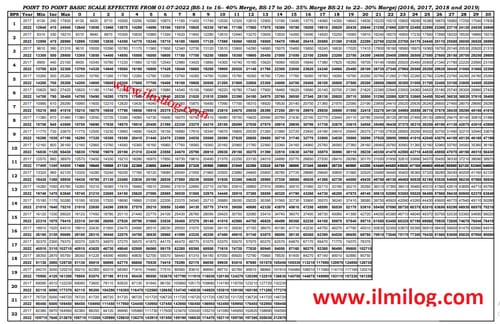 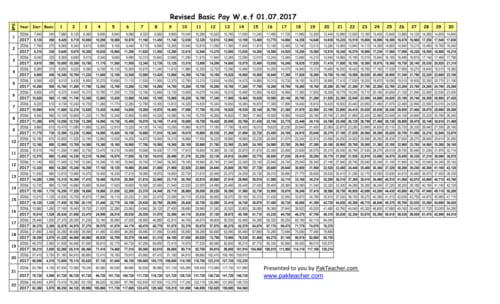