However, I have explained later on in my YouTube video. So, the education minister Punjab has taken a decision which is invert of NCOC Decision. Therefore, the federal government and KPK govt has announced the winter holidays as per NCOC schedule.

In addition, Dr. Murad has announced in his official twitter account that all public and private schools will start vacations from 23rd December 2021. So, he has also decided that the schools in Punjab will open from 6th January 2022 Monday.

You May Also Like: Notification Long & Short Winter Vacations  December 2021 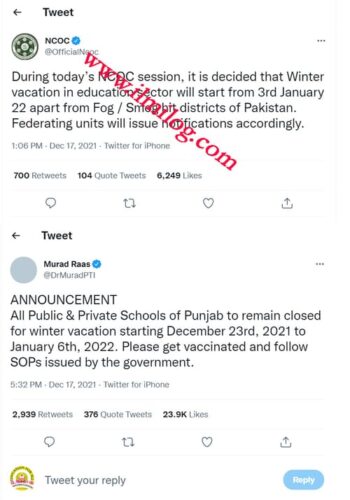