The government has amended KPK Family Pension Rules 2021 after the death of the Pensioner. So, we can say these are EOBI rules amendment 2021. Therefore, KPK govt has amended these rules for provincial employees families.

However, the Finance department of Khyber Pakhtunkhwa has issued this letter on 23-11-2021. So, Regulation wing has clarified through this letter. After that the government has submitted to accountant general for further necessary action.

In addition the government of KPK has said to clarify the different queries related to pension. So, the there are five queries to handle here. Therefore, we discuss these queries below. 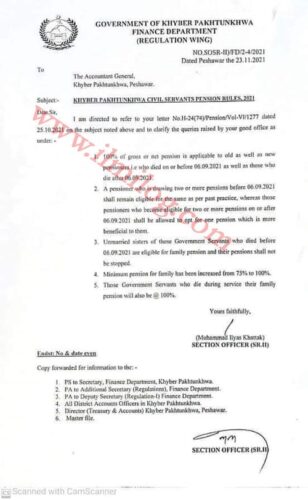