Today I am working on Public Employees Retirement System and Pension Rules 2021. The government of KPK has announced new pension rules now.

However, the KPK government has changed the previous pension rules in September 2021. So, the family of civil servants will get 100 % instead of 45% pension after that.

In other words, the KP government has changed different clauses. So, they will decrease the budget of pension now. Therefore, govt employees will solve this with a decrease of rights after death.
However, the families will get a 100% pension instead of 45 percent which is a good thing. 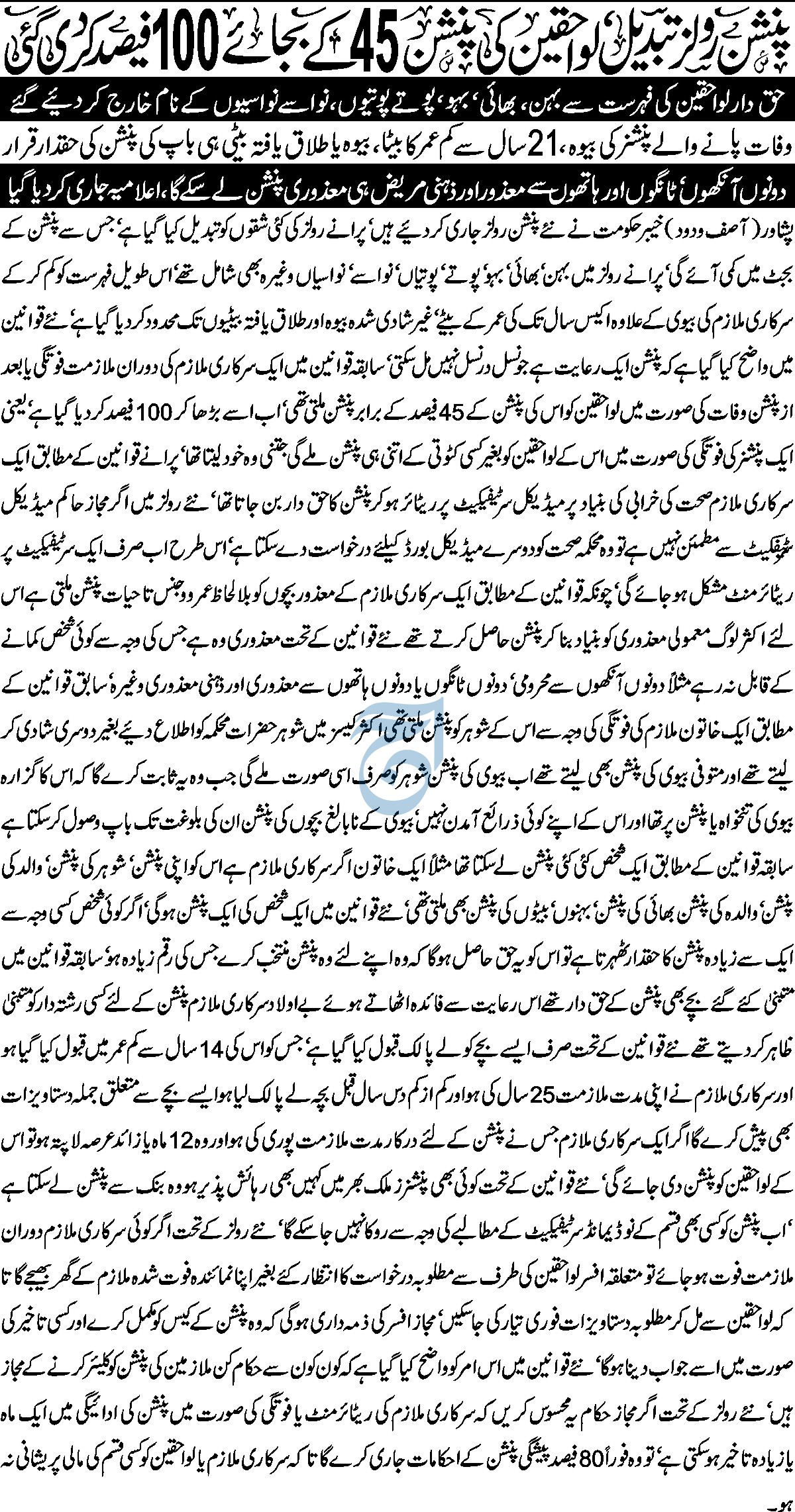