The deputy Commissioner Jhelum has issued a letter to the Cantonment Board Chief Executive Officer Jhelum for Explanation. So, the cantonment executive officer explained this letter interestingly.

However, we are uploading both letters for your information here. Firstly, the deputy commissioner has asked to explain the position of CEO cantonment board Jhelum. After that, he explained his position with the offense.

In addition, the DC has called a meeting regarding the monsoon tree plantation campaign 2021. But the CEO cantonment board could not attend that meeting. This meeting was held on 17-07-2021 at 2 PM under the DC.

In other words, the deputy commissioner has asked to explain his position within three days. Whereas in the explanation, the CEO cantonment writes that he is an employee of the federal government. So, the DC is proceeding under the PEEDA act of Punjab.

Therefore, he said that he is not responsible to explain n this letter. At last, the DC Jhelum should cancel this letter within 24 hours of receipt of this letter. Otherwise, he will refer this matter to the higher authorities of Punjab.

In the higher authorities, he explained that there are the chief secretary and the commissioner of the Rawalpindi Division. 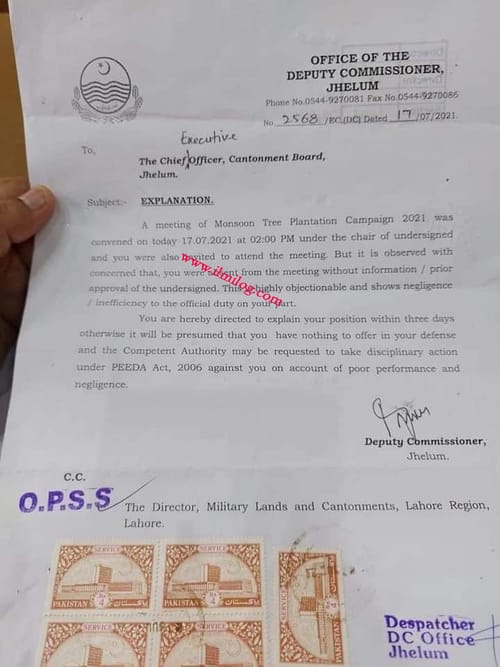 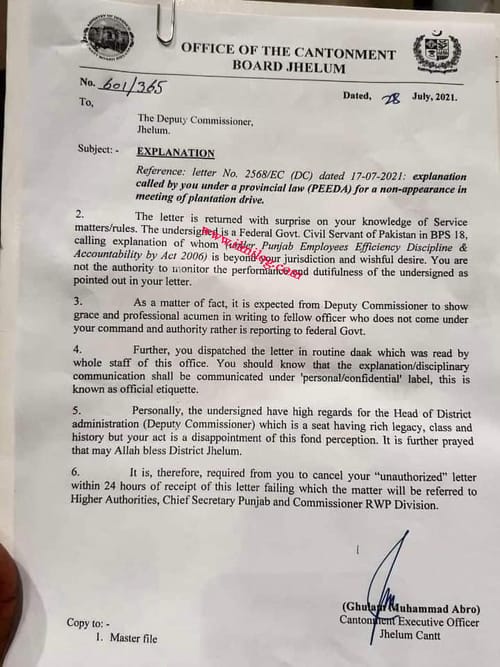