Special Allowance 25% Increase on Initial Basic Pay Chart 2017 has decided for Punjab Govt Employees. So, the Punjab government has announced a 25 percent increase in salaries from 1st June 2021.

In addition, the government has issued a letter after approval of the cabinet meeting. Therefore, all employees of the Punjab government are searching for the revised basic pay scale chart 2017.

However, our team has adjusted all the things on one page here. You may download the final pay scale chart 2017. Similarly, I shall upload a Youtube video to learn how to download it.

This chart has announced the finance department in 2017. Muslim League N has finalized this chart in its government tenure. After that, no chart has revised. It means that the government has not decided to revise the basic pay scales.

In other words, the Punjab government has decided on 3rd June 2021 to increase salaries as a special allowance. It has decided to give an increase of 25 percent on minimum pay of basic scale 2017.

If not clear in the above link then Click Here 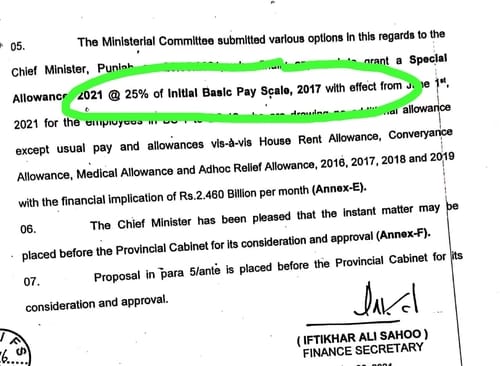