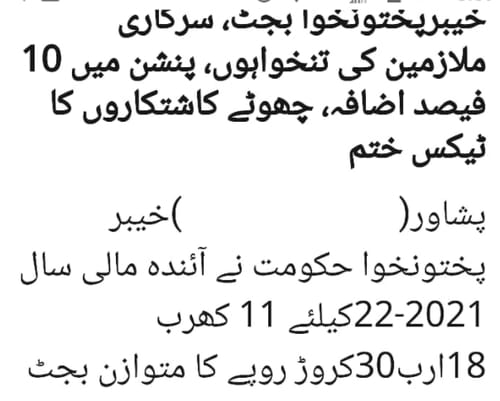 However, the KPK govt has announced different types of salary increase than Punjab and Federal. 11 trillion 18 billion 30 crores has been presented in the assembly.

In addition, the KPK govt has increased 100% Pension for families of Pensioners. The detail has given below,

If we talk about pension increase then the KPK govt has increased 10 percent pension for pensioners. However, the Khyber Pakhtunkhwa government announced a 100 pc pension increase for widows and their families.

The KPK announced a house rent allowance of @7% of the basic pay.