KPK Disparity Reduction Allowance 25% CM Summary has issued. So, the government of Khyber Pakhtunkhwa has issued a summary for approval.

However, the KPK is the same as the Punjab province. So, there is the mostly same situation has discussed there. Therefore, I shall discuss only a few matters which are new in this summary.

In other words, the provincial government has described flagship SEHAT cards. So, the govt is empathetic about the health of employees and citizens. The KPK govt has started a universal health coverage program.

The universal health coverage program is a big initiative of the KPK government. Similarly, the government has discussed the disparity reduction allowance. It has discussed to increase salaries @25% of basic pay scales 2017.

KPK govt has noticed a huge financial implication of 20 billion. It will result in an adverse effect on finances. Therefore, it is necessary to discuss this proposed allowance.

The full detail is given below, 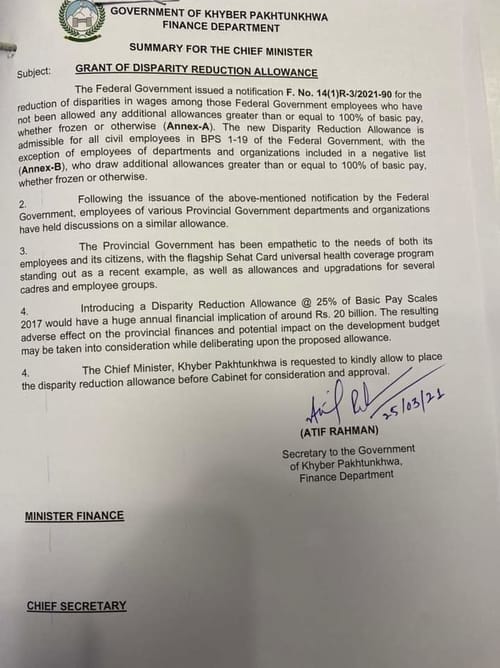