Lahore High Court Lahore Special Judicial Allowance has approved in the month of January. So, the government has announced allowance @1.5 times of basic pay.

In addition, AG Punjab has announced this news in the latest letter. I have uploaded this letter on this page. The accountant general has pleased to approve a special judicial allowance for court employees.

However, all account officers have received this letter from AG Punjab. So, the court employees will get more pay this month. The subject is special judicial allowance at the rate of the basic pay drawn.

Above all, this allowance will be admissible not only to Lahore high court Lahore employees but also to district judiciary Punjab. Therefore, the officer will comply with this order. They will give this allowance as per the decision in the meeting.

However, it is a provisional payment. So, the employees will take benefit of said allowance in the month of January. 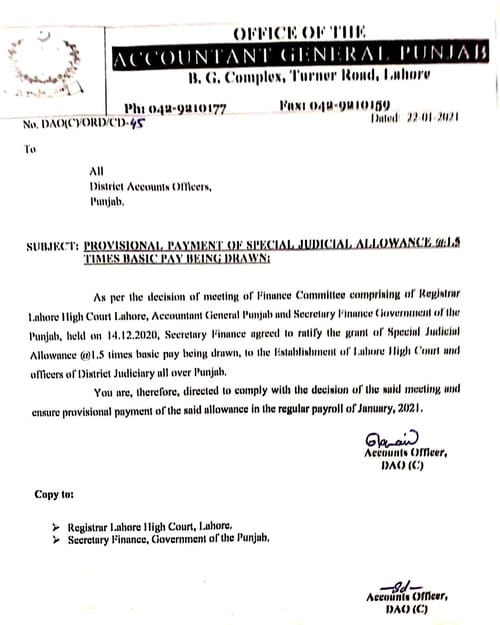 This News on TV (YouTube Channel) and Urdu News here