Eid Holidays Notification 2020 Sindh & Balochistan Govt has issued. The government of Pakistan’s interior ministry gives only three public holidays on eid. Therefore, other provinces like Punjab and KPK have announced the same press release. But Balochistan and Sindh governments have announced four days holidays instead of three.

Eid-ul-Azha celebrated by Muslims with QURBANI. All Muslim community celebrates two times like Eid-ul-Fitr and Eid-Ul-Azha. It may say that three times because they celebrate eid Milad un Nabi. So, these are all happy moments for them. 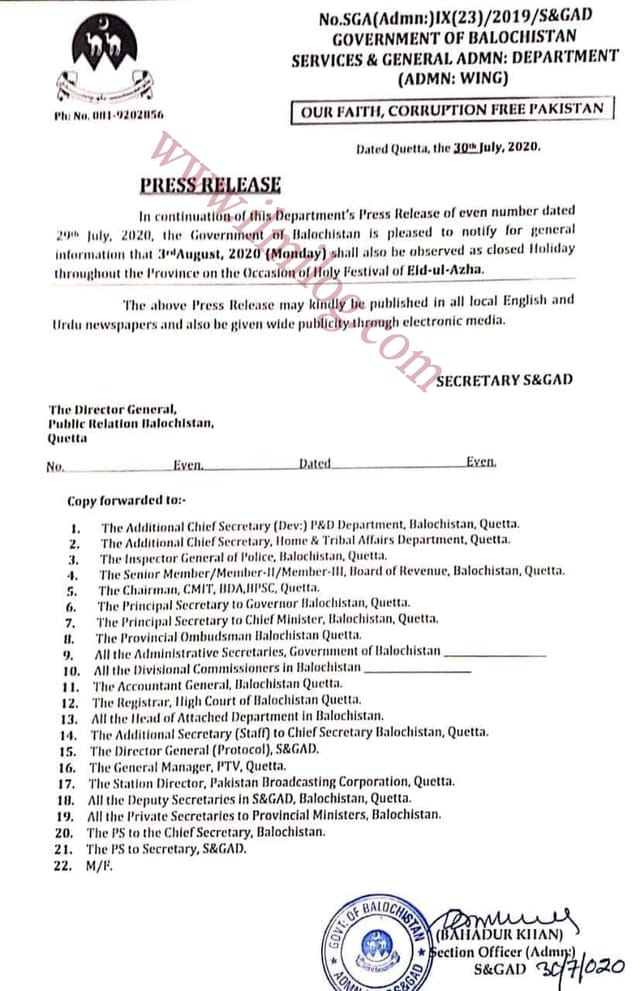 The Sindh govt has announced on Friday that there are four public holidays on eid till Monday. Before that,o the govt had announced three holidays the same in the press release of federal govt. So, it has announced now that employees will observe four holidays now. The government has observed 3rd August a holiday on eid. 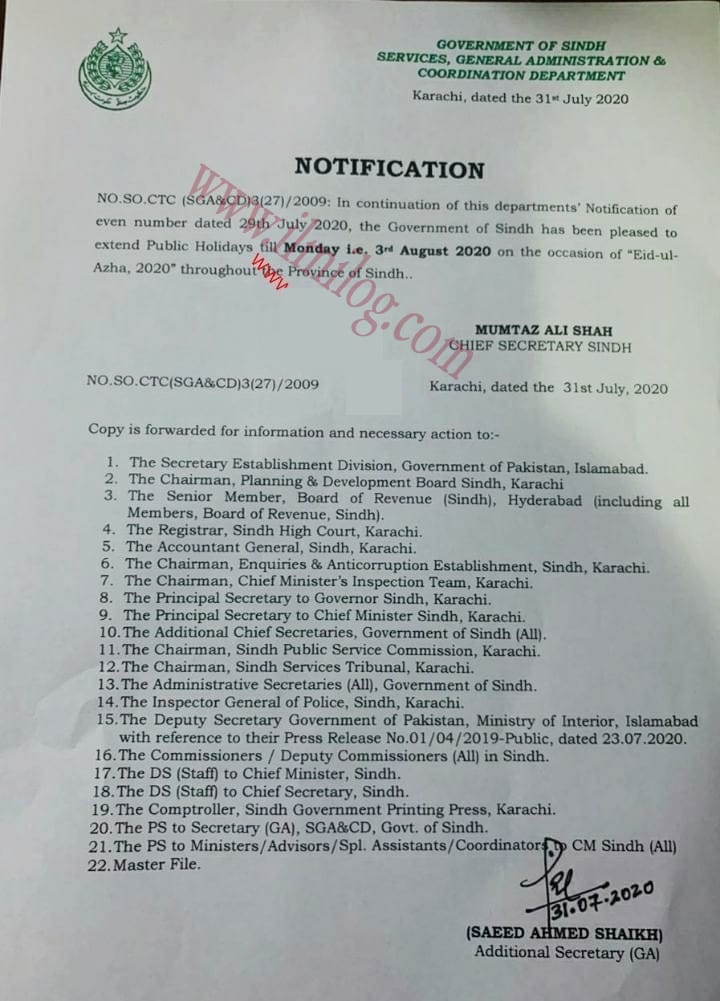