A tooth came out of a Chinese person’s nose 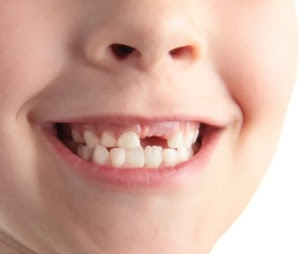 The tooth came out of the nose. Toothache in the nose may seem impossible to hear. But we will tell you today about a person who has a really bad toothache.
According to Chinese media, Zhang Bunting had problems with breathing for three months. After which he finally returned to the doctor.
When examined by a 30-year-old Chinese man, a unique cause of breathing difficulties emerged.
However, The victim told doctors that he had difficulty sleeping at night for a few months. As he could not breathe properly and at the same time had a specific odor when he was breathing.
The doctor advised Zhang Bunting to have an X-ray, following the symptoms, after which the doctor saw a picture of a solid object in the back of his nose in the X-ray.

A tooth came out of a Chinese person’s nose:

Experts told Zhang that the solid thing behind his nostrils has his missing teeth, which Zhang has surprised to hear.
Advertisement
At the age of 10, Zhang Bunting fell below the third floor of a shopping mall that affected one of his teeth. The doctor told them that there was a root in the back of the nostrils that caused the tooth to appear.
Also, read
• Red bag family in young ears
• The horn came out on the head of an Indian person

Zhang’s nasal tooth was a centimeter long, which was removed after half an hour of surgery, said Dr. Golongmai, of Harbin Medical University Hospital in Harbin, China.
Doctors said Zhang is now fully healed.
It has noted that tooth decay has considered a very rare medical condition. So, only 0.1% of people in the world have affected by it.
Experts say nosebleeds usually result from an injury to the face or problems with development.
Medical experts claim that a total of 23 cases of this strange medical condition have been recorded in medical journals between 1959 and 2008.