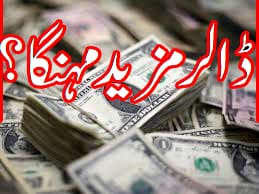 In the last four business days, the value of the dollar increased by Rs 9.60. It followed by external debt increased by 1000 billion, gold prices were also expensive.
KARACHI: In the open market, the rupee increased by 3 rupees. So, the new highest level of the year reached 154 rupees. While the price of the dollar trendy the interbank market increased by Rs 2.50 to Rs 151.92.
Gold prices rose as much as 600 rupees per day, after which one ton of gold rose to 72,100.
On the previous day, in the interbank dollar, one rupee of 78 paisa’s was more expensive. It goes to Rs 149 rupees 65 money. While the open market reached Rs 152 per rupee.

According to the Exchange Currency Association, today the value of a dollar for the open market. It reached Rs 3 to Rs 154 at the highest level.
When the Inter-Bank has reached the highest level of the date and at the end of the business, Rs 2/27 paisa increased to 151.92 rupees.
Buying dollars for profit at this time is unbelievable and non-profit from the country: Mufti Taqi Usmani
The value of a dollar for the last-four business days has increased by more than Rs 10, after which external loans increased to Rs. 1000 billion.
One reason for the increase in dollar value is also a reservoir, with which Mufti Taqi Usmani says that for a current situation, purchase of dollars in dollars for the benefit of profit and stocking is innocent and innocent from the country.

Read More: How to Earn More Dollar with Google Adsense

The end of the business is the end of the day by the end, the dollar remained stable but because of massive purchases from commercial banks, the total value of Rs. 3 rupees was reached to 152 rupees at the end of the day. According to market analysts, the dollar’s increase in the last hour was seen to see the increase in the dollar’s value in the open market, which started with 151 rupees, but its end reached 152.50. After the announcement fund of 20 billion under the National Investment Trust (NIT), the government came to see the improvement in the stock market.

On the other hand, the overall volume of loans on Pakistan reached 35.1 trillion rupees, a 91.2 percent economy at the end of March. According to statistics issued by the end of last week by the Bank of Pakistan. So, loans from July to March, country the total volume of 5.2 trillion was increased.