WhatsApp Update on messenger has received today Regarding Promotion of Teachers School Education Department Punjab.
May peace be upon you? Expression of thanks. We thank the respective Mr. Captain Retired Muhammad Mohamed Secretary School Education Department Punjab in the deepest depths of the most personalized personalities. So, that has eliminated the obstacles to promoting teachers from year to year. We will also make Madam Dr. Benjamin Fatima Additional Secretary the schools offer Punjab. The Punjab Chief Mohamed Abbas Sahib as the Secretary-General for the promotion of publicity selected.

WhatsApp Update Regarding Promotion of Teachers

However, Friends! We hold the decision of the Promotion Cell under the Deputy Secretary in the SED department. As Captain Mr. Cowboy’s decision, hoping that not only the last five years will complete. But the disaster, disappointment, and destruction of teachers will lose.
In addition, We took the foundation of 16th to 17 grade DPC on 28.229 March 28, 2015, by Prof. Mohamad Ghulam Ghulam Farid, Special Secretary of Education, Punjab Cantonment Advisors, who wished our Captain Division to wear their sports clubs, so that the students who attended the promotion line Percentage of 2018 does not have to be deposited, as well as on the directive of Captain Sahib, you have played an ideal role in accepting the process of submitting the formulation of Promotion Formula, Secretary Schools, Finance Secretary, Chief Secretary Punjab, and Chief Punjab.
We have done, Syed Mumtaz Hussain Shah DPI It is also not thankful for Punjab and its team who have to repeat the frequent publication work and they have worked hard to work on the wounds of living teachers. Friends! All of the answers to the questions you are asked are presented. 1- Our Captain Sahib will be pleased with DPC on July 15-April.
Advertisement
Read More: Time Scale Promotion to Lower Staff BS-01 to BS-04

Captain, the Chief Minister of Change in Promotion Formula, had approved the same DPC based on the completion of six weeks from Punjab so that teachers should not submit per 2018, and in respect of that, insufficient will be DPC on 15th April .16 to 17 to 18 There is no need to submit a PER 2018 whose siblings have been working paperback, but 2018 for PSB for 18 to 19 to 20 will be required. 3-Headmasters Association, Punjab vice-president, Rana Mohammad Sajjad, 35 finance professor 35, including finance secretary Malik Nasir Abbasi, will start from 34th Badge Inshallah 22-April. 4-Headmasters Association Punjab is not in favor of the old trademark formula.
In other words, We believe that according to Promotion Rules, the Senate should be based on a low fitness basis. Punjab wants 4-headmasters association Punjab to get thousands of vacant posts without PLT and Silts based on the basis of the Acting List of Empowerment Charge, and after PLT, the CRT will be able to save Punjab students and thousands of educational institutions from harmonious and the money from a publication do not burden more. Ask for your friends’ worker, Anabolic Captain Retired Mohammad Mahmood Secretary Schools, and all members of the team for their prayers. Rashid Shrestha President Teachers Association Punjab 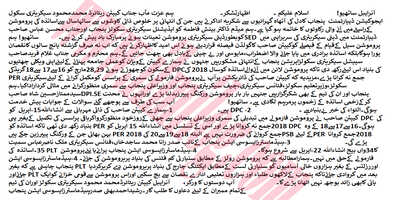