NOTIFICATION 6848-6942/F.No.14/SST (M) pay protection/Regularization dated 25-01-2019. So, it is regarding Pay Protection Rules 2019 for Past Service of Contract Teachers in KPK. The Directorate of Elementary & Secondary Education Khyber Pakhtunkhwa & Peshawar has issued it

Pay Protection Rules 2019 for Past Service of Contract Teachers 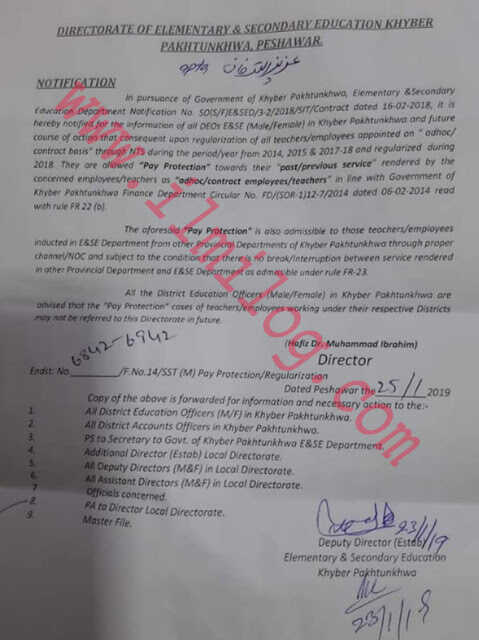