ORDER NO.SO (TRG) 2.70/2013: Dated Lahore the 28th January 2019 regarding Competent Authority Order for QAED Principal by a government of the Punjab school education department
Consequent upon approval of the Competent Authority the following officers are hereby 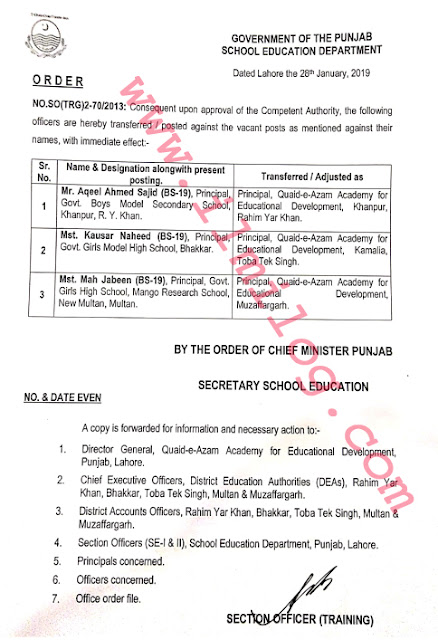