Prime Minister of Pakistan Imran Khan is working for Daily Wages Employees Regularization. So, the Prime Minister of Pakistan Imran Khan has announced a package for different department employees. Now different department employees will serve well in the future with the deep satisfaction of regularization.
In the daily newspaper, It is published that government will regularize the daily wage employees. Only those daily wages employees will be regularized who were appointed in the year 2013 to 2015. 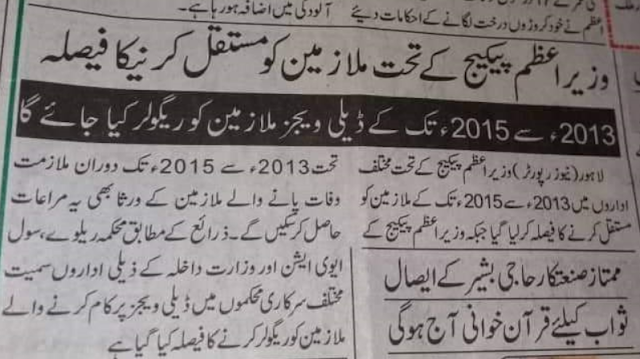