It is directed to state that some Local Governments raised the issue whether time scale promotion can be granted to the Fire Brigade Staff (dying cadre) or otherwise in pursuance of the Finance Department`s circular No. FD.PC.40-80/2015 on 26-07-2017 which has already been adopted by the Local Govt. & Community Development Department to the Local Government Servants of the Metropolitan/ Municipal Corporation, District Council and Municipal Committees in the Punjab vide no. LCS (Gen)-8(177)/92(P-IV) on 21-02-2018.  Further details are available at the copy of the letter of Grant of Time Scale Promotion to Fire Brigade Staff of Local Governments. 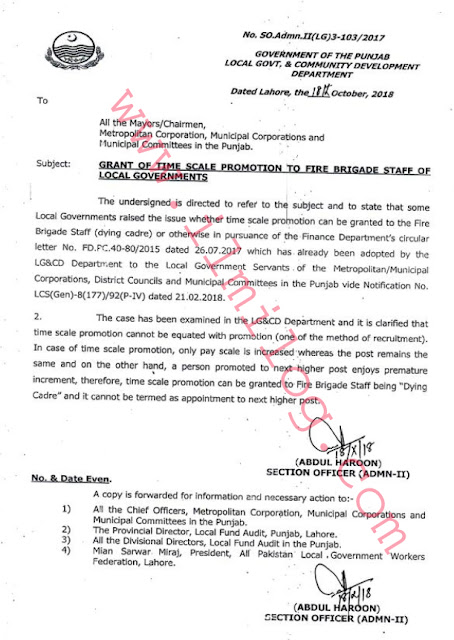