Finance Department Government Punjab has issued a letter regarding Admissibility of Higher Qualification Allowance Punjab Educators Department on 02-10-2018.
It has focused to mention to state that the District Accounts Officer, Chakwal, vide his letter no. DAO/ CKL/DA/35 dated 04-04-2018 has demanded to explain the following matters:- 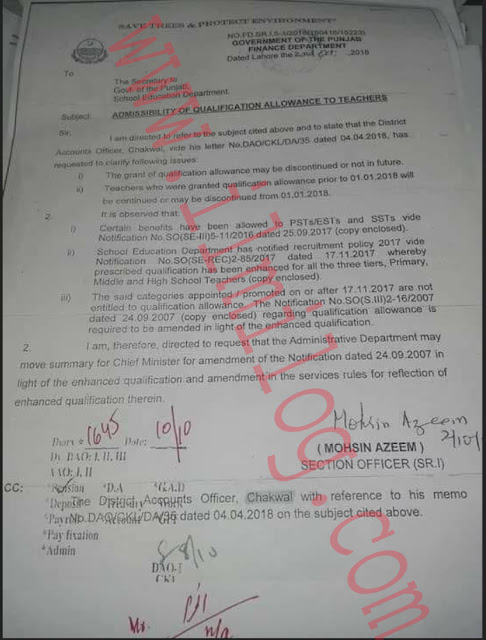